Cruising along at 6.8 kts or 8 mph changes one’s perspective. Much of daily living drifts slowly by and an awareness of the watery surroundings that rise and pulse with life, authentic and primordial, becomes an essential part of living aboard.

South of Norfolk, VA, maybe 30 nautical miles (nm), the ICW makes a turn to port and just before the marshy grass, I spied my first Northern Shoveler. Wow! A few years later, I was lucky enough to find one near our home in Indiana.

If the Northern Shoveler did not pique my interest sufficiently, the American Oyster Catcher surely pulled me in. Nearing the coastal Charleston, SC, and seeking an anchorage close enough for a morning passage through the Ben Sawyer Swing Bridge, we anchored in the calm waters just past McClellanville, SC, near Awendaw Creek. Just before us were several American Oyster Catchers poking for life just under the shallow surf and damp sand. 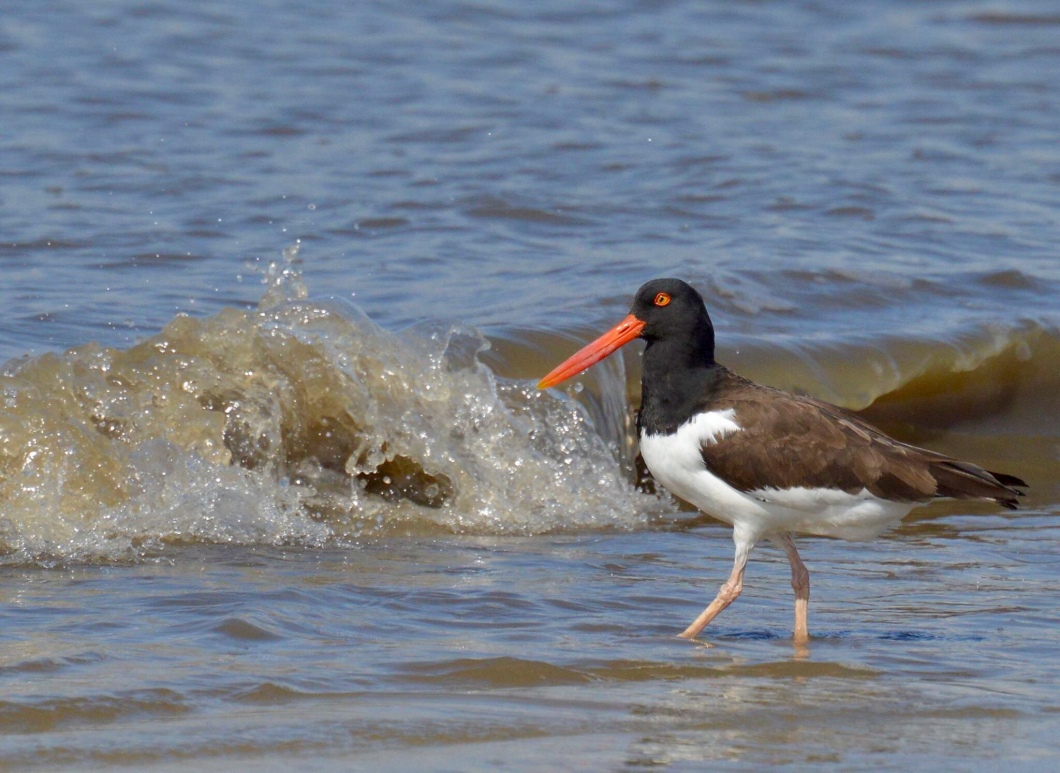 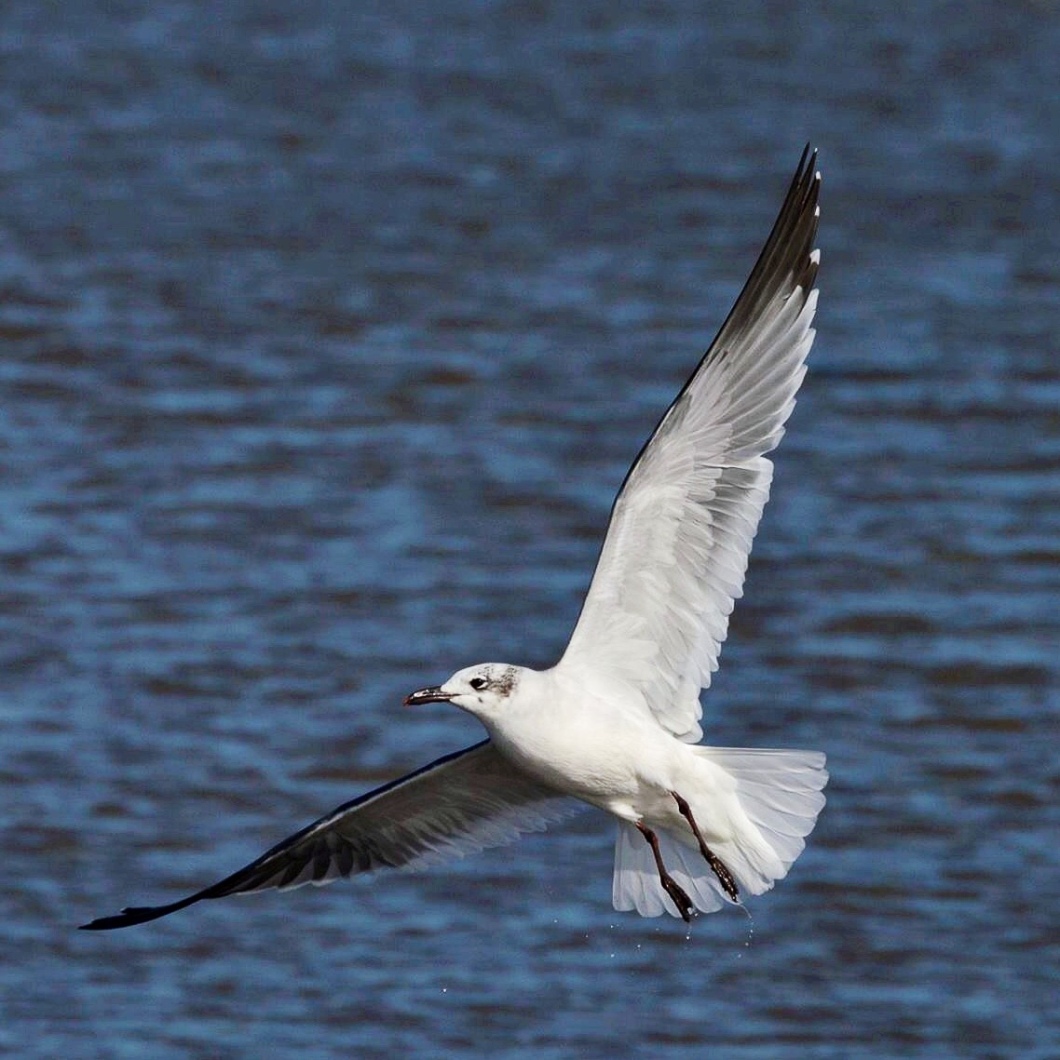 Photos by Martha B Crafton

Walking along a sandy beach, whether alone or in company with others, one is never truly alone. Overhead and underneath, life is abundant, seen or unseen: tracts of miniature crabs, turtles searching for nests, bubbling worm holes, scurrying, poking sandpipers and plovers. Flapping of wings, cawing of seabirds and precision skimming of water’s edge create a cacophony of sound. Ultimately, the sea wins; its relentless ebb and flow erase momentarily, to only begin again the seashore life on the beach.

Yes, my interest in photographing birds, particularly waterfowl, did begin with our cruising life.  It now has almost become a passion.  Even though my eyes aren’t so sharp and my hands now shake a bit, I keep trying.  Today was one of those days when the April warmth, budding trees, and an approaching front had me walking the edge of a cornfield in south central Indiana stalking the migrant Yellow Legs feeding feindishly, poking and prodding into the flooded field.

Then, a short drive to a nearby wildlife refuge yielded few migrants; but standing in the midst of a favorite pool with dying vegetation as the water level is being adjusted, this lone Great Blue Heron marks his territory. 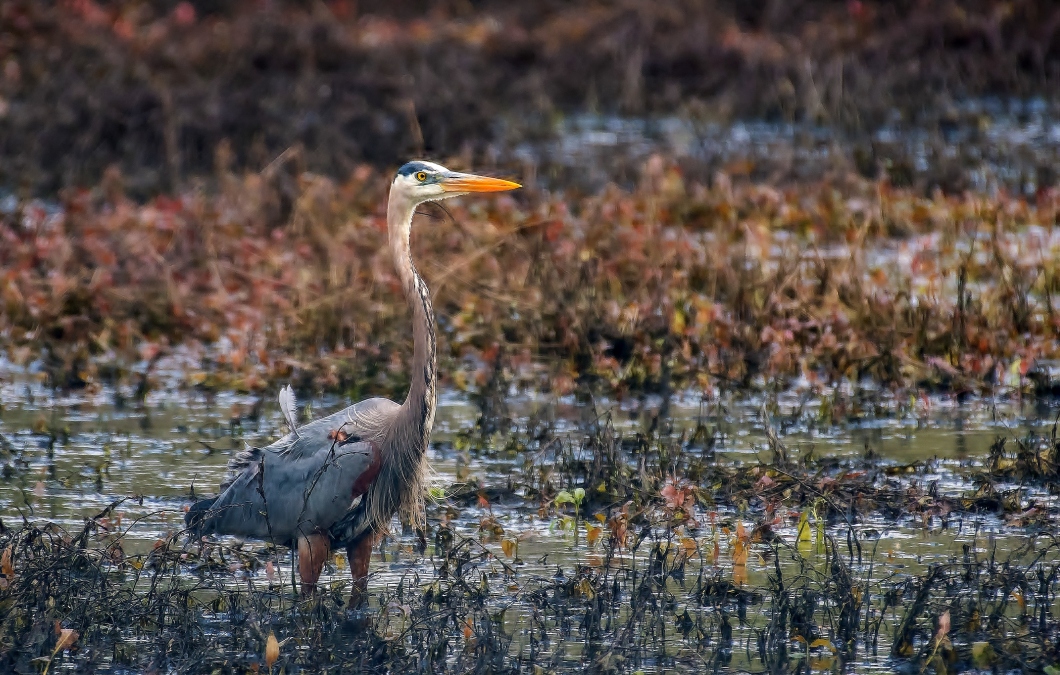